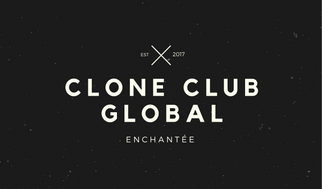 C lone Club Global is in pursuit of creating a central repository for just about anything Orphan Black. We must admit, we are coming in late in the game, we might as well have been living under a rock. But just like many of you, when we had our awakening isn’t as important as what we do after watching the entire 4 seasons in a full-on binge marathon.

We got hooked on the very first two minutes of “Natural Selection.” Soon after, we watched all the actor’s interviews, hilarious cracks, fan made heart-tugging music videos, montages on YouTube. Scoured the internet and discovered #CloneClub on Tumblr, Twitter, Instagram and Facebook. And then, we re-watched the entire four seasons yet again… and again.

Still, we wanted to do more… So we created this website.

The show is compelling and Tatiana Maslany is like a powerful force that draws you into a world that you would never want to leave. You are committed– for life.

THANK YOU Graeme Manson and John Fawcett for your wild imagination. To the writers, for breathing life into all the characters– giving each one depth and substance. To the entire cast and crew, we are in awe of what you can do!!

We vow to spread #ORPHANBLACK worldwide and to reach as many people as we can… long after the show is over. Especially when the show is over. We won’t stop creating new content for existing fans, new and future fans to devour and peruse.

We will curate and create posts where great content is the norm not the exception. We are calling interested ‘regional’ clone club members to contact us, create a unified front in spreading the brilliance of this show. Let’s discuss how we can work together and help each other out. Email us at enchantee@cloneclub.global

Welcome to the final trip.