Get on board Orphan Black. Get caught up! Got it?

Orphan Black is a FIVE SEASON science-fiction, action-packed, conspiracy-laden, female-driven, award-winning, fast-paced thriller television show with fully-developed characters, well-played acting, powerfully-crafted scripts, and groundbreaking, earth-shattering concept of a moving picture. And one can’t help but describe it in a mouthful hyphenated words because it IS that good! 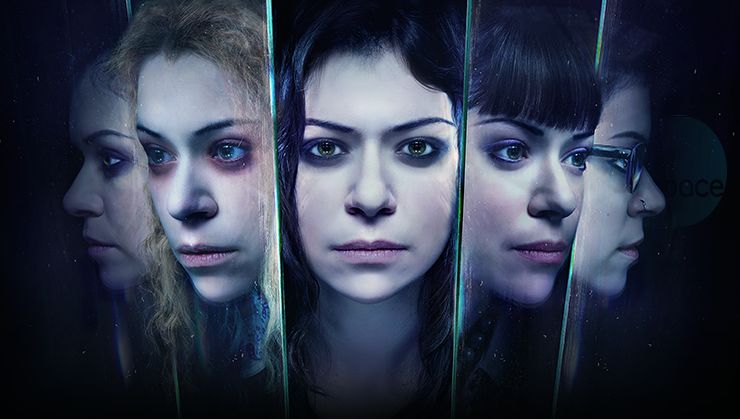 So what is Orphan Black as a TV series?

“Orphan Black” follows the story of an outsider and orphan whose life changes dramatically after witnessing the suicide of a woman who looks just like her. The outsider/orphan assumes the dead woman’s identity, her boyfriend and her bank account. But instead of solving her problems, the street smart chameleon is thrust headlong into a kaleidoscopic mystery. She makes the dizzying discovery that she and the dead woman are clones… but are they the only ones? The protagonist quickly finds herself caught in the middle of a deadly conspiracy and must race to find answers about who she is and how many others there are just like her.

SPOILER ALERT!   The next page will reveal more about story development and season summaries so if you are a NEWBIE, just starting on Season one– the above plot is all you need to know to get started!

PLEASE DO NOT SKIP AN EPISODE! Every episode is only as good as the last one. The next one gets better and better than the previous ones combined. Savor each moment because there’s nothing like watching everything unravel, episode per episode. Re-watching the seasons a second and third time will always give a different perspective and ‘feels’ BUT there is nothing, nothing like watching Tatiana Maslany deliver stellar performances FOR THE FIRST TIME!!!

If you are already in Clone Club and want a ‘refresher’ course, then continue on to the next page! Watch and repeat as we say…